It’s (not) OK to be gay: Heterotopic formations in the linguistic landscape of the Metro Manila Pride March

The National University of Singapore

This study examines the linguistic landscape (LL) of the 2018 Metro Manila Pride March (MMPM) in relation to the presence of three dominant stakeholders: a progressive Christian church (Church of Freedom in Christ Ministries), an Evangelical anti-LGBT group, and the pride march participants. Specific focus is given to the these stakeholders as they represent varying and conflicting religion-based conceptions of sexuality in the Philippines. These tensions manifest materially in the LL of the MMPM, and so I argue that while the MMPM is generally seen as an ‘LGBT-affirmative’ space, it is likewise a constrained, contested site, partly emerging from the intersections of religious and sexual discourses. Using gathered data (photographs, videos, and field notes), I examine each stakeholder’s use of multimodal signs to take up stances (Kiesling 2018) in relation to other stakeholders, as well as discourse that (in)validates non-normative sexualities. Moreover, I utilize the principle of emplacement (Scollon & Scollon 2003) to examine how the physical location of these groups contribute to the development of the MMPM as a ‘heterotopic affective space’ (Zembylas 2009). That is, each stakeholder present in the MMPM creates heterotopic formation by circulating particular affects such as (un)acceptance to demarcate their respective position within the MMPM. As such, the configuration of competing heterotopic formations, founded on and supported by contrasting affects and discourses about non-normative sexuality, is crucial to understanding the MMPM as an LL. This study contributes to the growing scholarship regarding sexuality’s embeddedness in linguistic landscapes. 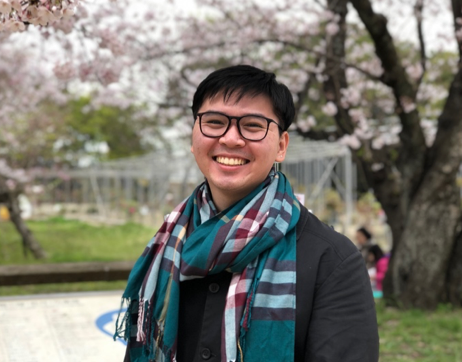 Christian Go is a PhD candidate studying English Language and Linguistics at the National University of Singapore. His current research examines the semiotic construction of Metro Manila Pride’s linguistic landscape. His research interests fall under language and sexuality, linguistic anthropology and affect theory.

Created with Mozello - the world's easiest to use website builder.
.